Who is ahead? Who’s on first base? 550 people killed in Gaza versus 5 in Israel. Those poor Israelis!

The New York Times has an editorial, Incursion Into Gaza, this morning which many find sadly out of touch. I’ve been reading the comments and have selected two, the first from Valenciennes, France, the second from Chicago, Illinois, which capture my views better than I myself might express them.

Are you joking? How can you honestly report these opinions? Essentially, what I gather from this article is “Well, Israel has killed an obscenely disproportionate amount of people, but now it’s time to use caution. But only if Hamas rocket fire stops.”

Why does no one speak of the cause for this rocket fire? Namely, the humanitarian crisis imposed on Gaza by the Israeli blockade. Food shortage. Mass unemployment. Blame Hamas, blame Palestine, but facts are facts. People are starving. Children are starving. There’s sewage in the streets. And now people and children are dying by the hundreds. Hospitals don’t have NEARLY the capacity or the medicine. And even if they did, there’s no electricity or running water.

That’s not to say that I support Hamas’s rocket fire. I think it’s counterproductive, stupid, and wrong, and it should be stopped.

We often hear about Israelis in Sderot developing trauma related disorders. A few days ago I heard a story about a young Palestinian boy, 14 years old, in the Gaza strip. He died of shock. Had a heart attack. A 14 year old boy.


The Times has waited for several days before sharing its “wisdom” on Israel’s invasion of Gaza, and out popped a mouse. It would have been better not to say anything.

First, what is an “incursion”? Israel has invaded Gaza, and even the Times is forced to admit the gross disparity in death (550 Palestinians and 5 Israelis), although it mentions not the destruction, wounded, threats to public health, etc, to the Palestinians. Nor does it mention ambulances being destroyed, medical personnel being killed, assassinations, etc., all by the Israelis. Where I come from, that’s called “terrorism.”

Where is the demand that Israel cease and withdraw immediately–and more importantly, where it the demand that the United States cut off all funding to Israel? As long as the US gives a blank check to the Israelis, no possible just solution can emerge.

This is not to say Hamas have been saints. Rocketing Israeli civilians is not acceptable. Period.

But let’s recognize that Hamas is an Israeli invention, initially intended to undercut the sectarian PLO. Oops. And when Hamas competed in democratic elections, Israel and the United States rejected the outcome–we didn’t like the outcome.

Israel has created the world’s largest prison, and just cannot understand why human beings wouldn’t like being forced to live in those conditions.

Israel’s treatment of the Palestinians has failed for 60 years–or more. It’s clear that more repression will not work.

Any “solution” that does not address the extreme power differential is a joke, whether by the Bush Administration of the new Obama Administration. And only hinders a real solution that is just for both sides.

But the Times’ complicity in covering up the atrocities, and blaming Hamas for ordering those Israeli tanks and aircraft to attack, is beyond despicable.

Juan Cole presents this video on how Fox Producer Porter Barry ambushes Bill Moyers at the National Conference for Media Reform 2008. Later the Fox Producer gets a little taste of his own medicine. Very interesting live show!
[youtube]http://www.youtube.com/watch?v=Y_2IZT4VgDY[/youtube] 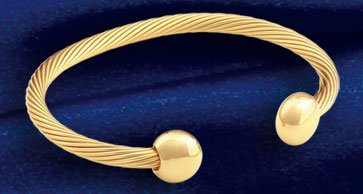